The Soldier on the Mountain

One hot summer morning a soldier, disobeying his orders, left his post on the mountain and walked down to the village of Dhërmi. For years the soldier served time on that lonely mountaintop overlooking the splendor of the Ionian Sea. Among the rocks and pine he’d lose track of the months and days and dreamed that he was free. He lived in a mushroom shaped bunker. He slept on an army issued mattress and ate on a small wooden table, its surface engraved with the desires and boredom of the men that lived there before him. Every morning he got up at dawn and drank water from the cold stream. His breakfast consisted of boiled potatoes and tea. Then from the edge of the sun-bleached cliff he scanned the horizon for foreign ships. Once a month a truck would meet him half way down the mountain, where the road came to an end, bringing more potatoes and tea. But June and July passed and the truck didn’t come. So he drank water and ate berries until he grew frail and weak.

It was a difficult hike down and after an hour he stopped to rest. As soon as he sat on the grass he heard a heartbreaking bleating and saw a small goat lay among the fern writhing. And to his astonishment the animal begged in Albanian, “Help me?” The soldier that sometimes, out of boredom talked to wild goats in the mountain, had never heard them talk back. He placed his hand on his gun and stood very still. “I’ve broken my leg. Please carry me and I’ll set you free.”

He wondered how the goat could speak, but the goat’s pitiful moaning got to his heart and he decided to help it. He picked it up and gently placed the animal on his shoulders. But the further down the path he went the animal got quieter and heavier emitting a putrid smell that overwhelmed him. “I’m going to put you down for a minute,” he said and lowered himself on his knees. He tried to put the goat down but felt a sharp pain and the trickle of warm blood down his arms. The goat with its eyes burning like embers had grown claws that dug deep into him. He cried in anguish but the animal refused to release him.

Among the emerald green ferns a beetle scurried across his forehead waking up the soldier covered in sticky cold sweat. He was a little relived when he realized that it was just a bad dream. But now that he was awake he feared that the army stopped sending him supplies in order to starve him. He rubbed his sore legs, drank water from his canteen, and then got up even more determined to reach the village.

Whatever weak breeze came from the sea had died out and the whole village had succumbed to the hypnotic vibrations of the cicadas. He thought no one saw him enter the greenhouse behind the Cooperative Building. But among the tomato and cucumber vines, a boy named Homer was drawing. He stayed hidden at first and watched the soldier pick a tomato and eat it. But unfortunately his small hand brushed against some dried up leaves and the soldier immediately noticed him.

“Boy, come out of there. What are you doing?”

Homer got up and reached for a small rock nearby because he didn’t trust him.

“Don’t be afraid,” the soldier said and sat down sighing. Then took off his jacket revealing his bare torso, his worn leather holster, and his pistol. Homer noticed that the soldier’s face was tanned and leathery like the fishermen in the village. But perhaps most striking were the deep red scars on his shoulders like a bear had attacked him. He wondered about the scars but asked about the gun instead.

“Why not?” the soldier said and handed it to him.

If the soldier was willing to give him the gun that meant that he wasn’t dangerous. So Homer took the gun and because he’d never held one before, his hands trembled. It was cold and heavy, like he’d imagined. The power that it harnessed both excited and terrified him.

“Where did you come from?” Homer asked.

The soldier screwed up his lips.

“I serve up there,” he finally said and pointed toward the mountain.

“Can I shoot it?” Homer asked.

“I only have one bullet,” the soldier said shaking his head.

Then pointing at the notebook motioned for Homer to hand it to him.

“It’s a drawing of Prometheus,” Homer mumbled and reluctantly gave him his notebook.

The soldier frowned at the pencil drawing, at the dark hooded figure that strangely made him think of loneliness.

“Myth is allowed,” Homer said. I’ve learned about the Greek Gods in school.”

“The Greeks are the enemy, little boy. Why do you think I serve on that mountain?” he said shaking his fist.

“Ancient Greeks aren’t the enemy,” Homer replied but noticing that the soldier’s eyes widened with anger he stopped talking.

“Do you know why I’m here?” the soldier asked. His voice was louder and a tear suddenly came down his bony cheek.

Homer shook his head and got up quickly because the soldier now truly frightened him.

“To find out if they want me dead,” he said and flung the notebook in the air. White pages flew around him.

Frightened Homer, blue-eyed Homer, dropped the gun and went after his drawing. The gun went off and the soldier’s knees hit the ground spreading dust and blood around him. There stood Homer, trembling, barefoot and scrawny, holding one page in his hand where Prometheus had become the dead soldier.

Bleriana Myftiu is from Tirana, Albania. She holds an MFA in Fiction from San Francisco State University and is a Fiction Reader for Atticus Review. Her writing has appeared in Atticus Review, Gravel, The Molotov Cocktail, Red Light Lit and Abstract Magazine. You can find her on twitter @BlerianaMyftiu or visit blerianamyftiu.com

Babyland »
« Kids in the Hall

One thought on “The Soldier on the Mountain” 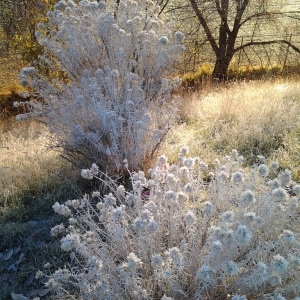