I Borrowed a Knife

I borrowed a tent, a tarp and a big hunting knife for the trip to the California desert. I brought the tent for sleeping and the tarp to lay in front of the tent, like a front porch, to keep out the pebbles. I brought the knife, in case I had to fuck someone up.

The knife was long and sharpened on both sides with one jagged edge of serrated teeth, designed for sawing through bone. I was told that borrowing a knife severs friendships, but I brought it along for my romantic getaway with my girlfriend. She fancied herself a country girl made for wide-open spaces, an idea that frightened me. I hid the knife when my girlfriend said, “What do you need a knife for. Are you planning to kill somebody?” She was very cute when she said things like that. She smiled bashfully and batted her blue eyes playfully at me.

The day in the desert was hot — 100 million degrees, maybe more. I brought along my girlfriend because she liked camping and baking in dry heat. We held hands and walked along trails. We saw blooms of blue desert flowers and slippery lizards that scampered to hide from us. I don’t mind telling you that as the sun set, we made sweet, yet uncomfortable, love amongst the rocks almost as if it were a dare and later we cooked a sumptuous meal of beans and tortillas over an open flame. I watched her tilt her head to the sky and gaze at the stars as shadowy firelight danced across her face. “I love the desert,” she said. For the moment, I did, too, at least I did until that evening when the temperature dropped 100 million degrees—or so it seemed.

The wind picked up and I stared at the tent’s ceiling, which flopped against the gusts. Sleeping was impossible as I huddled in my sub-zero sleeping bag. My girlfriend snoozed peacefully. Her sleeping bag bundled her tightly in a ball a foot from me. Then I heard a crunch.

Light footsteps on the rocks outside tapped in the distance. A terrible light from a flashlight bounced across the light mesh of our tent. The crunching grew louder as it approached our tent. Perhaps someone from a neighboring site had lost his way.

There had to be reasonable explanation, I figured. Even so I held onto the knife beneath my pillow and then pulled at it near my side of the tent.

The wind howled. I told myself that there was nothing to worry about, but I froze in horror at the thought of having to take some drastic action to protect us from an intruder. The gravel underfoot came forward stronger, louder, and the light from the flashlight shined with more intensity.

My heart began to thump. Quietly, I unzipped my sleeping bag with my knife in hand. The cold air hit me. I felt the sweat drip down my forehead just as it did earlier in the day’s blistering heat. I felt a strange rattle of the pots and pans in my chest; the same ones we used to make our dinner that sat on the wooden table only feet from our tent. Maybe someone just wanted to steal our pots? I thought.

Then the sound of shoes on dirt started up again. The light beamed on our tent as if zeroing in. I finished unzipping my bag and slowly, silently, slid my legs out and positioned myself by the opening of the tent. I looked back at my girlfriend, who looked like a happy lump bundled in her sleeping bag. I would not wake her. I coiled by the tent’s zipper, waiting.

I heard the first plastic crinkle as the footfall landed on our tarp. I leaned forward and stilled my breath. My heart pounded, heavy in my chest, as adrenalin flowed through me. I raised the knife. The tiptoeing feet on the tarp sounded like cellophane removed from angry candy as if to toy with me but I was ready.

The flashlight shined directly on me through the tent. My girlfriend’s lacy pink bra that cluttered every doorknob in our apartment sat nonchalantly at the foot of her sleeping bag. Only a thin sheet of mesh separated us from the outside.

I would kill if I had to.

The feet stopped. Paused, as if debating to go through with whatever it had planned. The tent flapped as if at half-mast from desert bluster. My heart slowed. The decision was made. The zipper went up from the outside.

I lunged forward with my knife and growled a battle cry to a bright, crescent moon. The light from the flashlight blinded me. I lunged again further out, attacking into the night. Slashing. Outside the intruder screamed, dropped the flashlight and ran into the shadowy gloom.

I found a woman sobbing in the dark when I pointed my flashlight at her pale skin and disheveled auburn hair. “I thought you were trying to murder us,” I said. She told me she stuffed her pillow into her sleeping bag so I would not worry before she made her way to the outhouse down the road. I am glad I didn’t borrow a gun.

Devin Galaudet is the Editor of In The Know Traveler, the best online travel magazine in the world. Before this, he has survived careers in antiques, construction, film and professional card playing. When he is not writing or traveling, Devin enjoys time with his pixie-like fourteen-year-old daughter and reading confusing esoteric books. He holds an MFA in Creative Writing from Antioch University and has just completed his memoir, 10000 Miles with My Dead Father’s Ashes.

Still-Life on the Road to Los Ojos »
« Sink

2 thoughts on “I Borrowed a Knife” 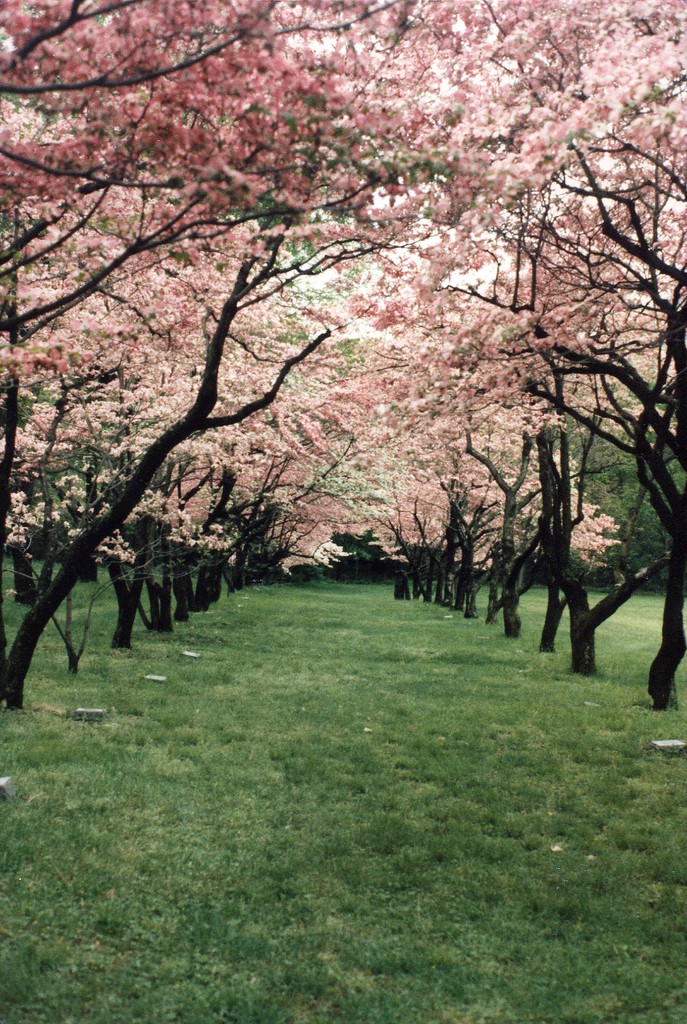 Our Zest and Senior Poetry Editor, @ericsteineger has written an essay on the pleasures of poetry, food, and drink. "Restaurant Days, Food Obsessions, and Bourdain" made our mouth water and we're happy to share these vittles with you. #amreading #foodpoetry
In her micro, Nightwalk, Vasantha Sambamurti invites us into the quiet intimacy of walking from the heladería to the corner store.
@citylightsbooks isn't the only star in this flash fiction from Mark Cassidy. Find out the scoop before heading over to Fisherman's Wharf. #amreading #ripferlinghetti
"Where the Black people at?" Shakirah Peterson asks in her creative nonfiction piece "Ugh, Uub." featured in our Spring Issue. Peterson is commenting on the lack of black representation in DragonBall Z, but the question reverberates to TV, Games, and positive media in general.
Let's play ball! Our micro "Lament" is a strike right on the corner by Jason Gebhardt. (Today's the first day of @mlb baseball, after all.)
We always exit through the gift shop. Rikki Santer's poem is already there in The Museum of Fear.